Well this weekend was a blast!

Started Friday night with a pizza party where we got to make traditional pizzas and then eat our creations, coupled with a lot to drink, easily made a lot of friends that night.
Saturday daytime was a lot more relaxed, sat by the pool and had bit of a dip to cool down from the heat. Didn’t really do much else during the daytime but the evening was completely different. The local village of Zagarolo had a ‘Bread Festival’ that night. As unappealing as that sounds, it really wasn’t. It’s all set in the main high street and nearly every house had a table outside with the family stood round. On the table was a topping of their choice, they would have a loaf of bread and would cut off a chunk and place the topping on the bread. There was a stand with jams and marmalades, one with Parma ham slices (cut right in front of you), a stand with chillies, one with chicory, and the most peculiar was a cow stew using the intestines of the cow! There was also one with deep fried bread, vegetables and a stand with a bread stew. I had a selection from most of these and also had quite a bit to drink. Ended up with a ladybird painted on my face! 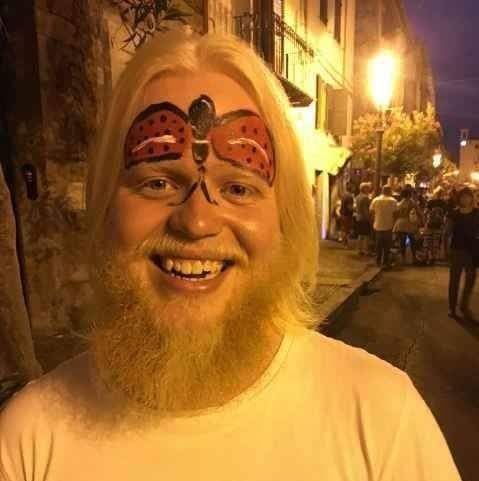 The locals were in full swing and I turned into quite the attraction, got in lots of photos with people and danced in the streets with them.

Having got back to the hostel we all had a good laugh at my face as by then I had sweated the colour out and it just looked like I’d been injured instead. Crowned myself ‘Guest of the year 2016‘.

Due to my antics the previous night, I decided not to do much on the Sunday but I did start the day with a walking tour into Zagarolo and learnt all about the town and it’s history. Learnt about the Nazi invasion, the way the high street is shaped as a crucifix and how the streets actually act as a living room as most of the houses only have a bedroom, toilet and kitchen. Then headed down to the farmers market where I had gelato, some local wine and some homegrown fruit. Homegrown by the hostels partner. After this I relaxed by the pool again, spent nearly 3 hours in the water itself!

After a bit of a messy night, I woke up this morning and had to leave for my volunteer placement so packed up and sadly said goodbye to the hostel.

For the next few weeks, this is my view… 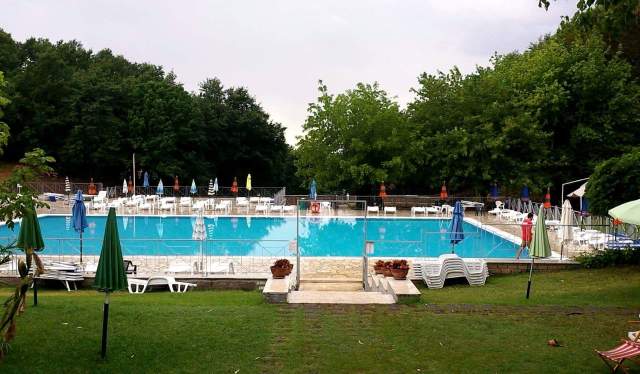